The last time I was on a boat in deep enough water that the shoreline was no longer visible, the sea was teeming with giant jellyfish. I was twelve, and felt very strongly that if, by some act of god, or my great-uncle’s shoddy navigational skills, I fell overboard, I would surely be stung to half-death and then finished off by the hundreds of aggressive seagulls that squawked overhead.

I am clearly not a sailor, but Ivan MacFadyen is, and ten years ago, the oceans he traveled across the Pacific were full of fish, and the sky was alive with migrating birds. It’s no secret that global warming, waste and dumping, overfishing, increased consumer demand and consumption, and commercial competition have begun to empty our oceans. As a reader, or even a consumer, though, it’s hard to understand what this means. After all, the ocean is pretty big and deep, and we’re used to having a limitless supply of anything we want (although it’s not always what you expect). Ian McFadyen aboard his Funnel Web

Ian McFadyen knows, perhaps a bit too much. Here is a man who has dedicated his life to sailing the world and respecting its beauty. Here is his sadness:

“After we left Japan, it felt as if the ocean itself was dead. We hardly saw any living things. We saw one whale, sort of rolling helplessly on the surface with what looked like a big tumour on its head. It was pretty sickening. I’ve done a lot of miles on the ocean in my life and I’m used to seeing turtles, dolphins, sharks and big flurries of feeding birds. But this time, for 3000 nautical miles there was nothing alive to be seen.” 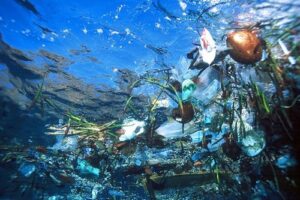 You can read the rest of this poignant article here.

Eco-Labels as Tools for Transparency

The Future of Plant-Based Supply

Eco-Labels as Tools for Transparency

The Future of Plant-Based Supply

HowGood is an independent research company and SaaS data platform with the world’s largest database on food product sustainability. With more than 33,000 ingredients, chemicals and materials assessed, HowGood helps leading brands, retailers, suppliers and restaurants to measure, manage, and communicate their environmental and social impact. 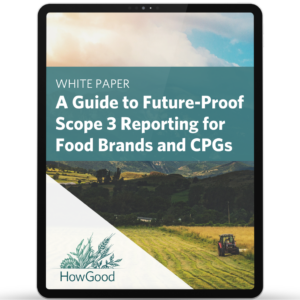