It’s been a good few weeks for pro-labeling folks.

Recently, Mexico has banned the planting and farming of genetically engineered corn, while in Hawaii, the island of Kauai has passed a law requiring farms to disclose the use of pesticides and/or GMOs. Over on the mainland, there’s a  potential bombshell unfolding in Washington State- Initiative 552, which would mandate the labeling of GMOs.

We all remember what happened in California this time last year over Prop 37. Among other things, the anti-labeling side was backed by a lot of private company money including Monsanto, and their advertising dominated the airwaves. A similar influx of cash is poised to happen in Washington- although Ocean Robbins give us hope that this time will be different. 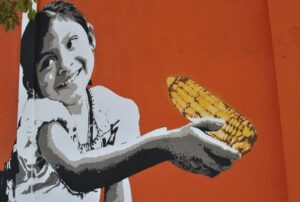